Switch stacking technology is a network solution that enables network switches to be connected together as a single unit with the same IP address. Set up as a single entity, stackable switches have not only optimized scalability and flexibility but also simplified network configuration and administration. FS S3900 series stackable switches, which are designed for the campus network, SMB, and home network, have the ability to stack as well.

S3900 series stackable switches are all embedded with four 10G SFP+ ports, only the two of which in the far right are assigned for stacking. All of the S3900 series switches are able to connect through a combination of 10G SFP+ transceiver and fiber patch cables or via 10G SFP+ DAC or AOC cables. The detailed connections of different stack members from two to six are shown in the figure below. 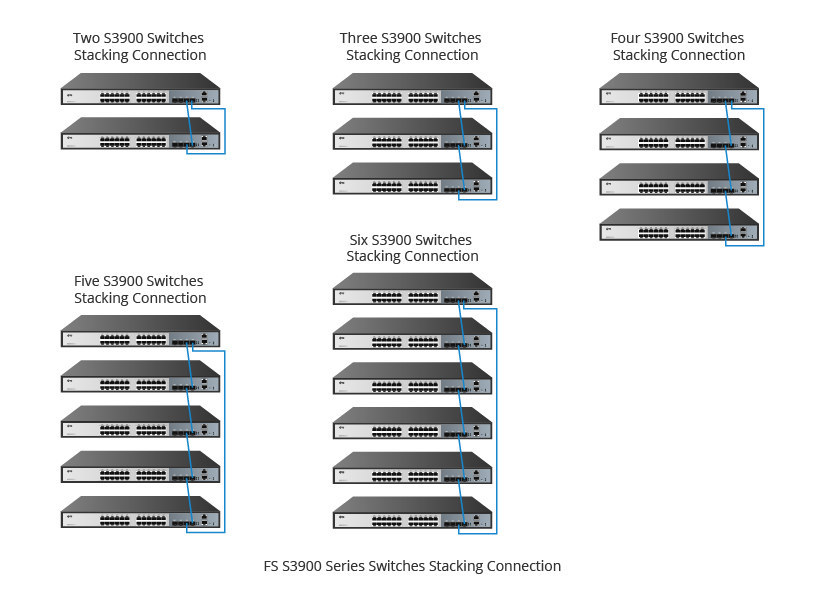 The configuration roadmap is here:

2. Save configuration and then restart the two switches.

4. Check the interface information, the switch will show all the interface, the four ports for stacking will not show in the port list. 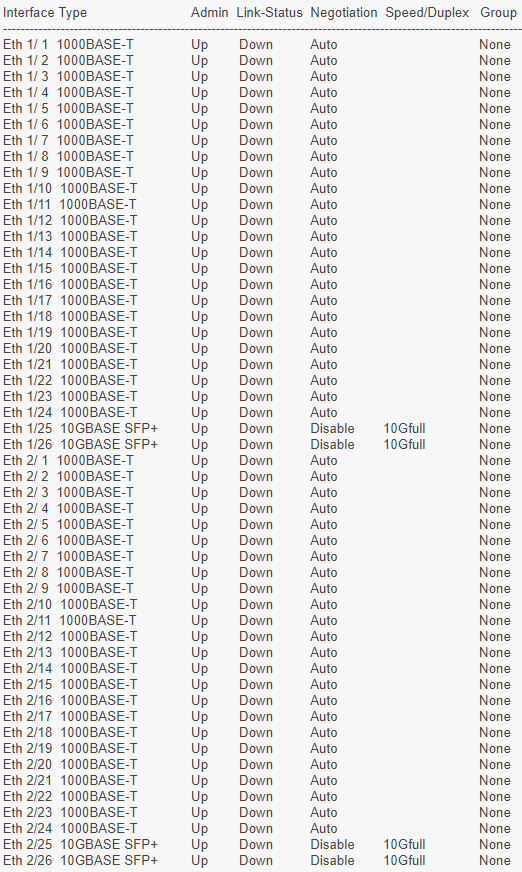 5. Create VLAN 10 on the master switch and configure the IP address.