Figure 1 is the typical STP application on S3900 series switches. Switch A, Switch B and Switch C are all running STP. STP can eliminate the loop that may exist in the network by blocking redundant links, ensuring a loop-free network. In figure 1, Switch B is selected as the root of the spanning tree. The packets will go by PC 1 - Switch B - Switch C - PC 2, which is link 1. The STP algorithm can calculate the best loop-free path for transmission, so the port on Switch C that connected with Switch A is blocked. Link 2 that stands for PC 1 - Switch B -Switch A - Switch C - PC 2 is unavailable. If link 1 breaks down, STP can activate the blocked port on Switch C. Then the packets will go through by link 2, at last, the packet will successfully arrive at PC 2. 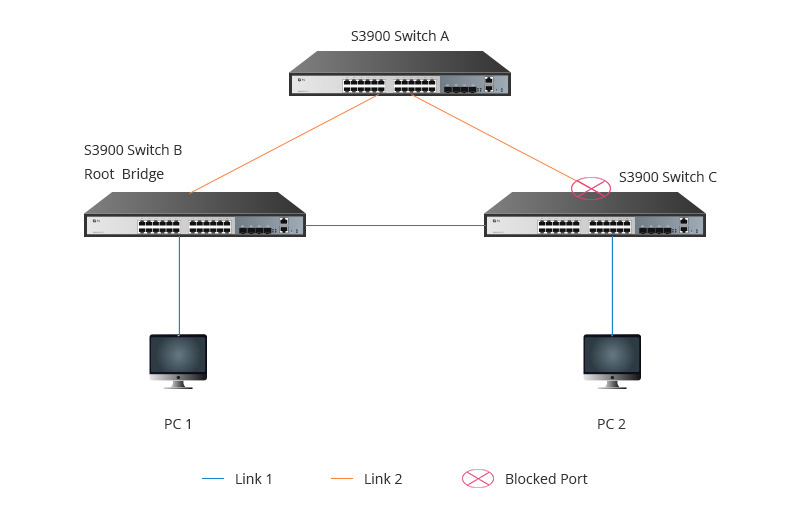 RSTP is the improvement of STP. Because the STP network convergence speed is slow, IEEE introduced RSTP to provide significant recovery in response to network changes or failures. RSTP is backward compatible with standard STP. MSTP enables multiple VLAN instances to be mapped to the same spanning-tree without creating loops. It can generate multiple spanning trees that are used independently to deliver traffic in different VLANs.

FS S3900 series switches consist of S3900-24F4S, S3900-24T4S, and S3900-48T4S. All the switches support STP, RSTP and MSTP. They can be used with switches from vendors like Cisco and Juniper for configuring STP. Note that, RSTP is the default option of STP, while MSTP is usually used in a large enterprise environment.

Figure 2 is the networking diagram of STP/RSTP configuration on S3900 series switches.

1. Configure S3900-24F4S-A first. Enable STP in a global schema, and set STP mode and priority, configuring it as the root bridge.

4. Check information about STP state on each switch and verify whether STP configuration is successful. 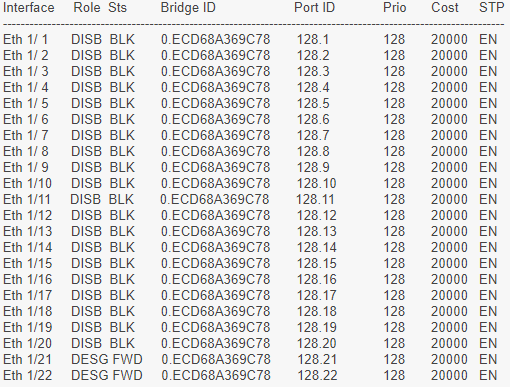 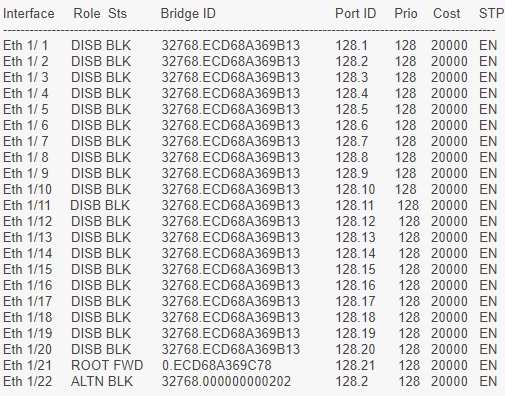 1. Configure S3900-24F4S-A first. Enable STP in a global schema, and set STP mode and priority, configuring it as the root bridge.

4. Check information about RSTP state on each switch and verify whether RSTP configuration is successful. 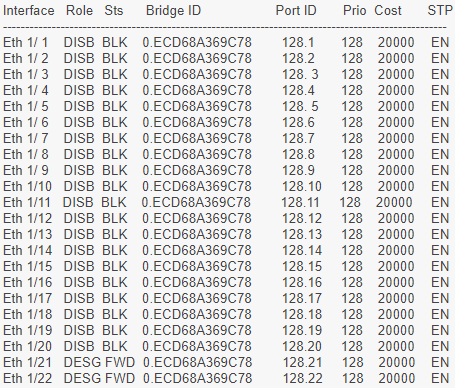 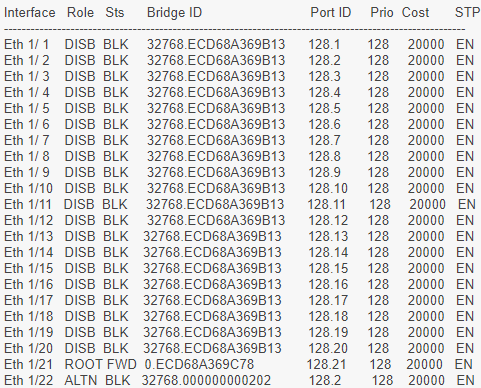