When compatible transceivers firstly emerged in the market, there were a lot of worries and doubts about the compatibility and interoperability of them. But after dozens of years, outstanding compatibles vendors prove themselves with good quality and reputation. Green hands, however, are still puzzled by the myths of OEM transceiver modules provided by the original brand vendors and have doubt on compatible transceivers. I’m sure when they figure out the following questions, they will be fans of good compatible vendors and their devices. 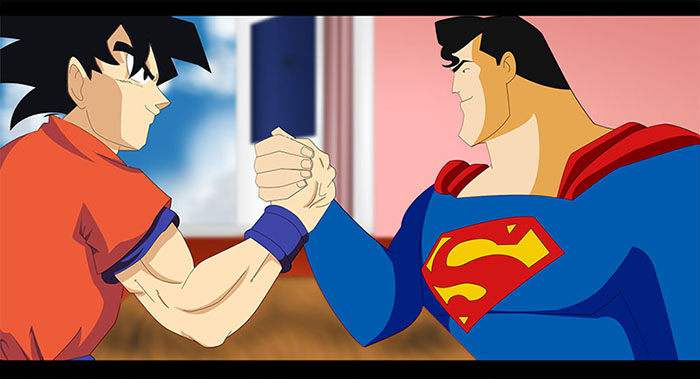 Arm wrestling between compatible and OEM.

Where Are the Transceivers From, for Compatibles and OEMs?

No matter it is for the third party or the OEMs, optical transceivers are all sourced from the same manufacturer. And the typical transceiver companies are only so many, such as Avago, Finisar, Lumentum, etc.

The truth is that optics manufacturers generally don’t make product special for OEMs. Instead they make standardized ones based on MSA standard (Multi-Source Agreement), IEEE standard, and EU directives. These standards and directives to the optics ODMs is what law is to human. But if the modules are the same, why is an OEM module much more expensive than a compatible one?

Optics manufacturers have to make modules according to MSA, IEEE standards and EU directives.

Why Is an OEM Module Much More Expensive?

Big brand switch companies generally don’t make cables or optics. They rely on two or more manufacturers to make transceiver modules for them, and then rebrand the module and every other related parts with their own logo.

Take a 10GBASE-SR SFP+ as example, the MSRP (Manufacturer Suggested Retail Price) is $20, but surprisingly, a customer has to spend $100 when he gets an OEM module from the reseller. If the customer buys directly without the OEM branding, it will charge only $16 from the compatibles vendor. How could this happen? 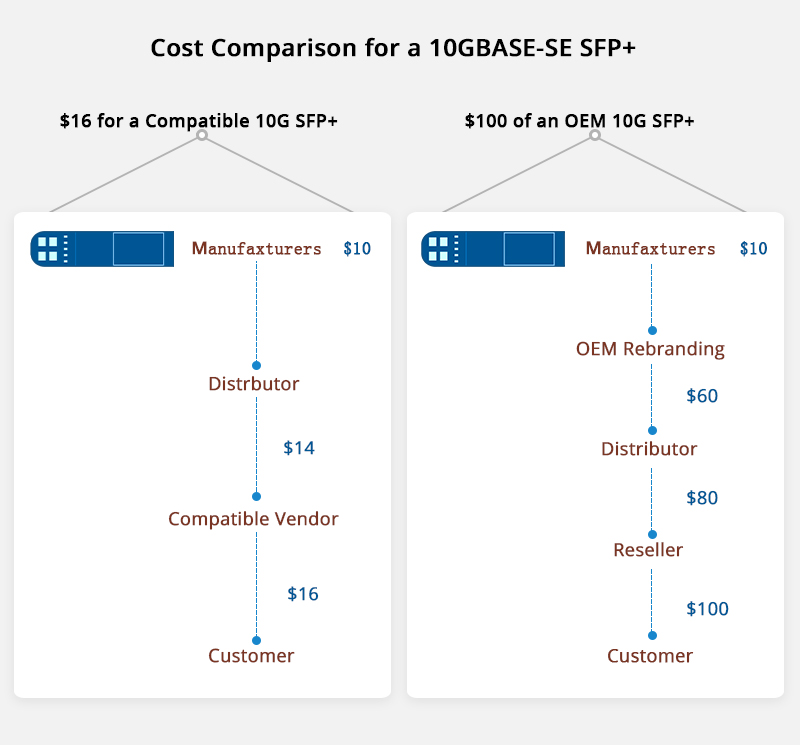 After OEM rebranding, the module price is much more expensive.

It is not reasonable for the customers to pay extra $94 only for an OEM logo on the module and the end cap, right? So OEMs bring up the issue about the additional compatibility test.

What About the Compatibility Test?

The compatibility issue is brought up by OEMs after they add enhancements on standardized module, such as changing the link establishment sequence (i.e. the port knock), verifying legitimate parts with encryption keys, along with performing white-listing of parts in the NOS. So that OEM switches will only accept modules that are correctly coded. 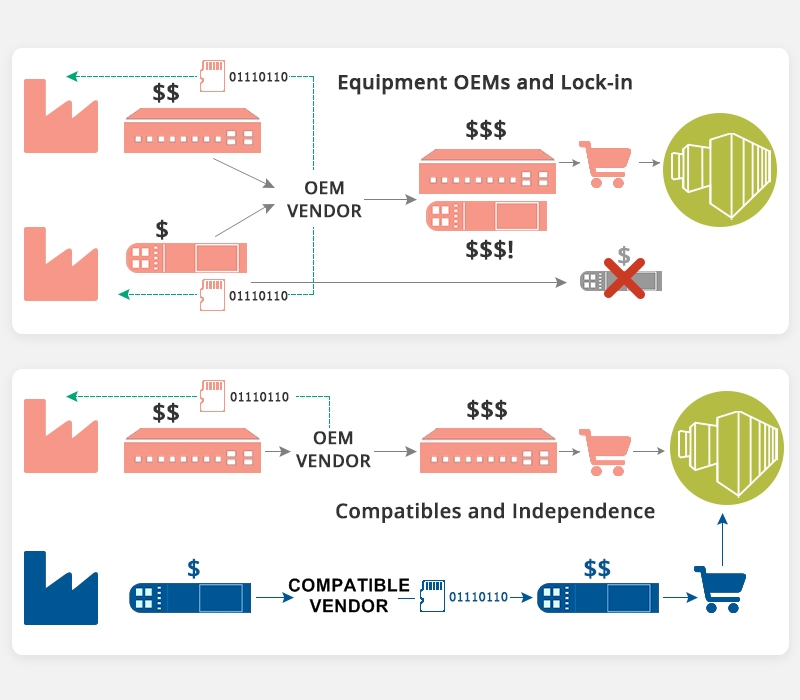 But it is not the point that makes originals superior to compatibles. Good compatibles vendors are able to code the transceiver by themselves and test each module in OEM switch and according to the latest software release notes (such as IOS, JunOS).

Can I Use One Compatible Transceiver in Different OEM Switches? 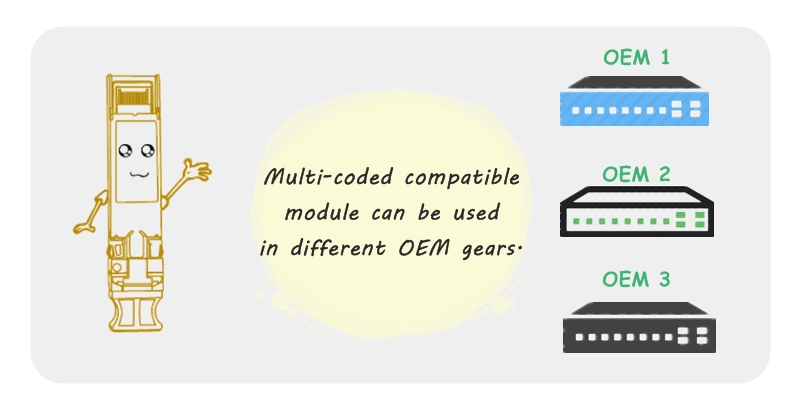 Multi-coded compatible module can be used in different OEM gears.

Will the OEM Refuse to Look at My Problem After I Use Compatible Transceivers?

Secondly, the official warranty statements on the OEM website is that adding third party modules does not void the warranty, and they will continue to provide support as per the warranty terms even if you use third party transceivers. 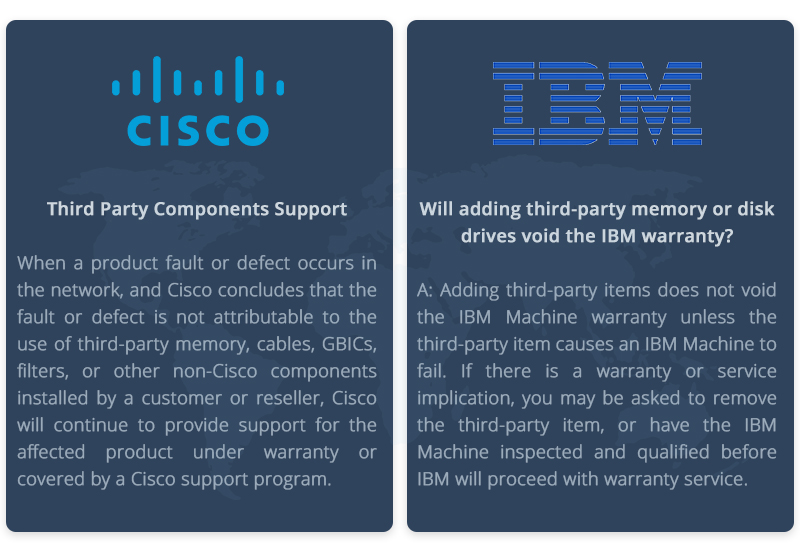 What If My Switch Equipment is End-of-Sale?

Legacy switch equipment is hard to find matching optics from the OEMs, but compatibles vendors can provide modules that support legacy systems and obsolete OEM equipment. 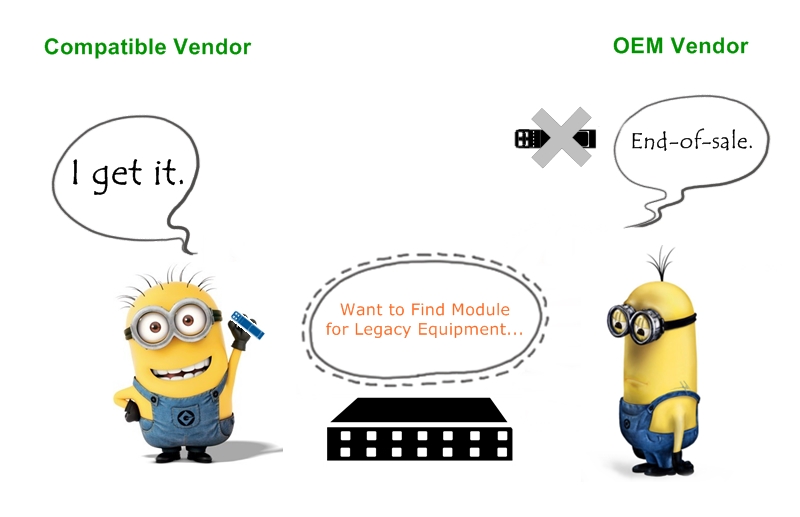 End-of-sale module at OEM side is still available at compatible vendor.

What if I Expect Higher Performance for the Legacy Module?

One more benefit of buying compatible transceiver module is that customers can buy a product with better performance (such as increased power efficiency, a clearer signal) since manufacturers will keep improving its products during the lifespan of the product. But if customer buy from the OEMs, any advancement will not be made over time since the production of OEM module is based on a fixed mode. 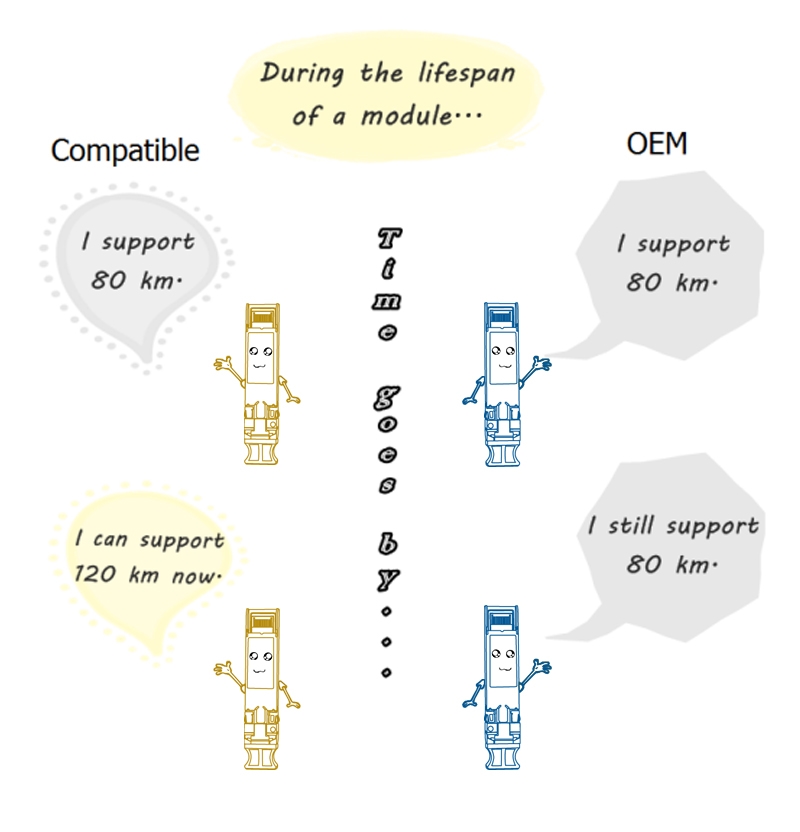 Optics manufacturers make continuous improvement for compatible module during the lifespan of it.

After reviewing questions above, it is not difficult to draw the conclusion that compatible transceivers are better than OEM module not just for the cost, but in every aspect that concerns a cost-effective and high performance optical transceiver.