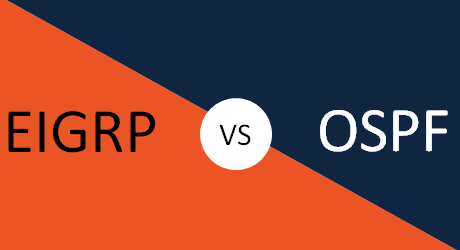 EIGRP vs OSPF: What's the Difference?

EIGRP (Enhanced Interior Gateway Routing Protocol) and OSPF (Open Shortest Path First) are two common Interior Gateway Protocols (IGP) specifying how routers or data switches communicate with each other. They are often applied in different situations for varied performance on speed, delay, etc. What are their differences on earth? Get all you want to know through the detailed description of EIGRP vs OSPF comparison below.

EIGRP vs OSPF: What Is EIGRP Protocol in Networking?

EIGRP is an advanced Cisco-based distance vector routing protocol that works on the principles of Interior Gateway Protocol. It uses incremental and triggered updates that improve the operational ability and fast converging rate. It can determine the shortest path distance vector and uses metrics like bandwidth, load, and delays to calculate the shortest optimal network route. EIGRP is a complex protocol but can be configured and runs easily in small and large networks. 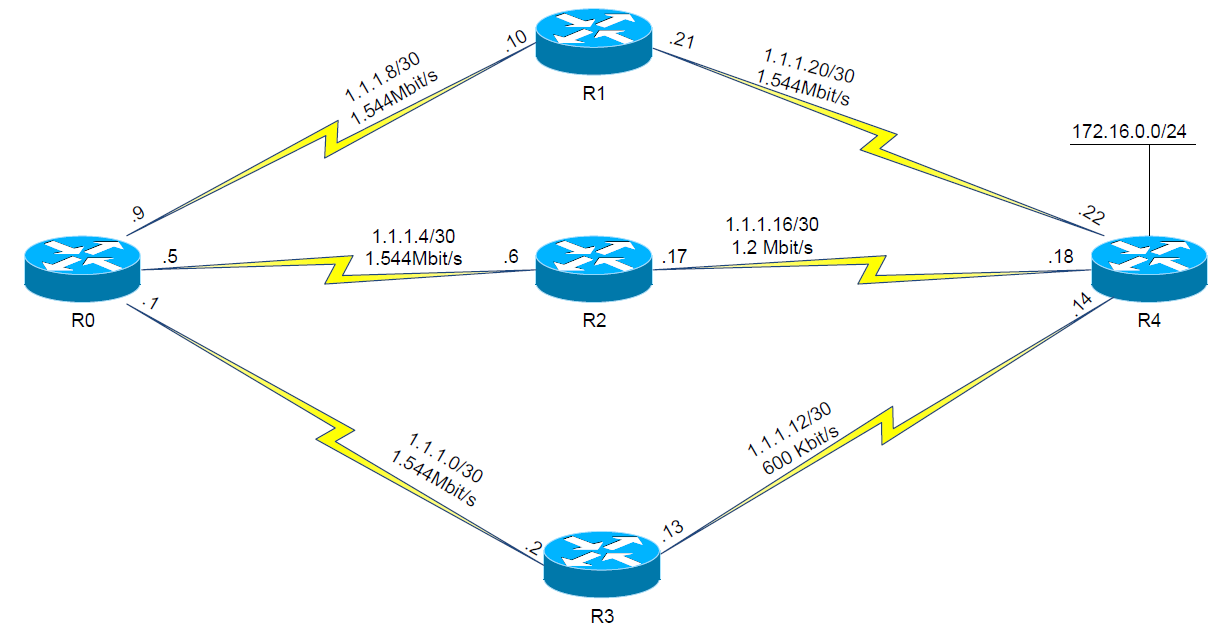 EIGRP protocol is used for passing the information from one to neighboring routers in the same area.

EIGRP vs OSPF: What Is OSPF Protocol in Networking?

OSPF, a link-state routing protocol, collects link state information from routers in the network and determines the routing table information to forward packets. This occurs by creating a topology map for the network. OSPF only exchanges routing information when there’s a change in network topology. OSPF protocol best fits for complex networks that comprise multiple subnets working to ease network administration and optimize traffic. It effectively calculates the shortest path with minimum network traffic when the change occurs.

OSPF protocol is used for passing the information from one adjacent area to another one.

EIGRP vs OSPF: What's the Difference?

One of the FAQs on EIGRP vs OSPF is “which protocol is better, EIGRP or OSPF?”. To answer this question, you’d better get to know the difference between EIGRP and OSPF and have a thorough understanding of their pros and cons.

Explanations to Some Key Differences

EIGRP vs OSPF: Algorithm. EIGRP is based on DUAL (Diffusing Update Algorithm) while OSPF uses Dijkstra's Shortest Path Algorithm with the major difference in how they calculate the shortest routing path. Shortest Path only depends on bandwidth for metric calculation of the cost of a particular link, while DUAL uses bandwidth and delay to calculate the composite metric with a complex formula.

EIGRP vs OSPF: Convergence Time. EIGRP’s DUAL algorithm maintains a loop-free alternative path. When a network becomes unreachable from the best path, EIGRP can fall directly to the alternate best path. OSPF, however, involves a small time to install a new route and re-route traffic once a failure occurs. So EIGRP can provide a shorter convergence time with minimal network traffic.

EIGRP vs OSPF: Service Provider and Data Center Support. OSPF is a better choice when your network is hosted in a data center or cloud-based solution. As OSFP is widely running in most data center networks, it could do some fine-tuning in the network infrastructure underlying and exchange routing information with the firewall.

EIGRP vs OSPF: Scalability. The scalability of the OSPF is higher than EIGRP because EIGRP is complicated and vendor-specific and incapable of migrating from one vendor to the other. Conversely, OSPF is an open standard and simple protocol through which the network can be scaled easily.

EIGRP vs OSPF: Unequal Path Load Balancing. EIGRP is the only protocol supporting unequal path load balancing which helps routers route traffic across links of different bandwidth, while OSPF does not have this feature.

EIGRP vs OSPF: Which One to Choose?

Given all the comparisons on EIGRP vs OSPF, you may have a clear understanding of the two routing protocols. Both of them could be widely deployed in Internet Protocol (IP) networks for data communication. EIGRP is a popular choice for routing within small and big campus networks. While OSPF is the best choice when your network hardware devices come from various vendors. In addition, If you are using MPLS as the WAN technology, OSPF is also a better option as it has MPLS traffic engineering support with CSPF (Constrained Shortest Path First). If you are looking for enterprise campus network switches supporting OSPF for small/medium-sized & large-scale campus network aggregations, FS S5860 and S3910 series are the favorite choices of many customers for their high reliability, strong multi-service support capability, and easy network maintenance. 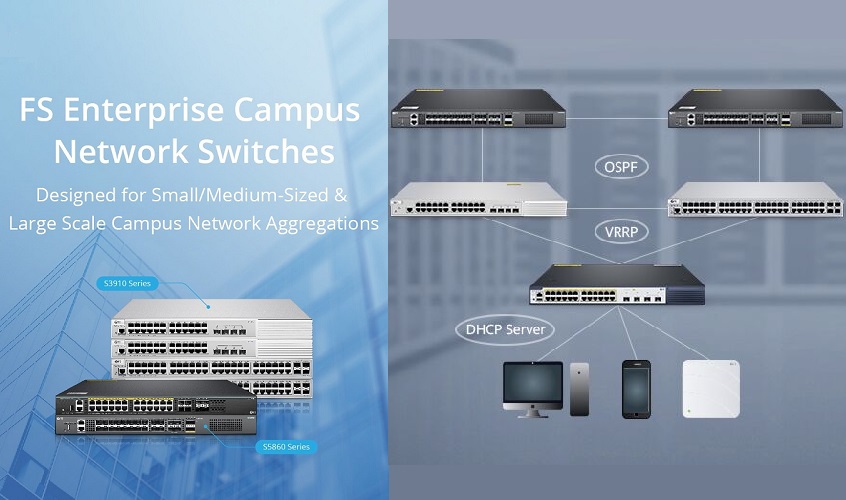 Also look for the wiki for RIP vs OSPF vs EIGRP vs BGP? Here are some related articles:

OSPF vs BGP: Which Routing Protocol to Use?