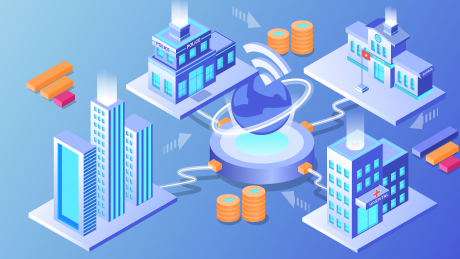 Local Area Network, Wide Area Network, Campus Area Network, and Metropolitan Area Network are the most common network types. These networks limit the scope that messages can travel, their speed, and many other parameters that affect communication between devices. Outlined below is a guide on the campus network and how it differs from LAN and MAN.

What is a Campus Area Network?

Generally, CAN stands for Campus Area Network, which describes a network that interconnects in a limited geographical region, say an educational campus, organization campus, or military base. A perfect example of CAN is in a university, where the network interconnects the administration block, academic buildings, library, and other buildings in the institution. Simply put, the CAN definition is quite similar to the Metropolitan Area Network with specific settings of a small area.

That said, the Campus Area Network definition makes it larger than local area networks but smaller than wide-area networks. Organizations or institutions that own the campus typically also own and operate Campus Area Networking equipment and infrastructure. Most CANs comprise several LANs connected through routers and switches joined together to form a single network.

Nonetheless, they operate just like LANs, in that users who access the network wirelessly or wired can communicate with other systems in the network directly. That said, the campus area network has two main benefits. They are:

Unlike other types of networks, Campus Area Network is maintained and managed by one entity, which in most cases is the campus IT department. Network administrators can easily monitor, regulate, and allow access to the network. The team also installs firewalls between CAN and internet providers to prevent unauthorized access. They may also use proxy servers to limit internet ports or websites that users can access.

As described in the CAN network definition, communication within CAN takes place through a local network. Therefore, data transfer speed within the network is uninterrupted and remains higher than the typical internet speed. With this, users can share large files quickly. For instance, it can take several hours to upload a long video successfully when connected to the internet. However, transferring such videos over CAN takes a few minutes.

The differences between CAN, LAN, and MAN are in their definitions. While many can guess what a campus network is, not everyone can spell out its difference from other types of networks. Regardless, as mentioned above, CAN is an interconnected network within a university or organization campus or military base.

On the other hand, LAN, otherwise referred to as Local Area Network, refers to computer networks covering a small geographic location, often ranging between 1 and 5kms. LAN can cover a group of buildings, a school, home, or offices. In most cases, LAN connections are made through Ethernet cables even though end-user devices can communicate through wireless connections.

MAN or Metropolitan Area Network is a computer network used within a city or geographical location covering a wide range, often between 50 and 60kms. Unlike LAN and CAN, MAN is a high-speed network that interconnects multiple local area networks into an extensive network using a common bridge. In most cases, the bridge, referred to as backbone lines, uses optical fibers to enhance data transfer speed.

Below is a comparison of the three network types

As for their application, LAN can be set up by enterprises that want to deny access to illegal users while maintaining business security. A widely known application of MAN is the cable TV network used in many cities. MAN networks are used by government bodies and private firms to connect departmental offices located in different locations.

Campus Area Networks are generally economical, easy to implement, and beneficial. It is helpful in universities and corporate organizations that work across several blocks by providing a shared network between administrative offices, staff rooms, common rooms, conference halls, hostels, gymnasiums, and other areas.

How to Buy a Campus LAN Switch for maximum network performance?