FS CommunityKnowledge CenterWhat Is DHCP Snooping and How It Works?

What Is DHCP Snooping and How It Works?

"Why can't I access the network even if my laptop has acquired the IP address dynamically?" Have you encountered this issue in your daily life? Have you suspected the genuineness of the IP address? Whether it is from the authorized DHCP server? If not, how to prevent this from happening? In this post, a term DHCP Snooping will be introduced to help users to avoid illegal IP addresses.

What Is DHCP Snooping?

To figure out how DHCP Snooping works, we must catch on the working mechanism of DHCP which stands for dynamic host configuration protocol. With DHCP enabled, a network device without IP address will "interact" with the DHCP server through 4 stages as follows. 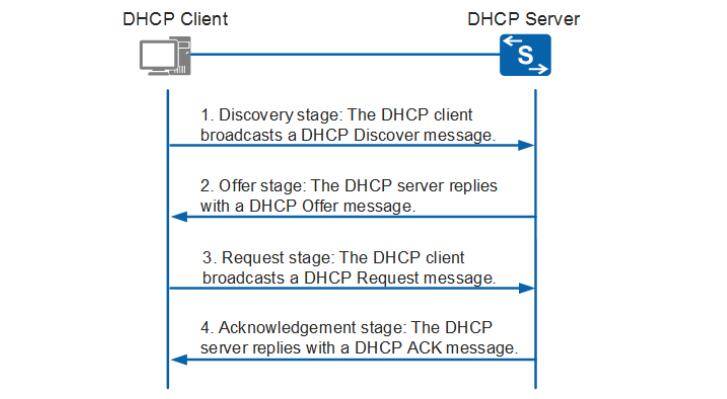 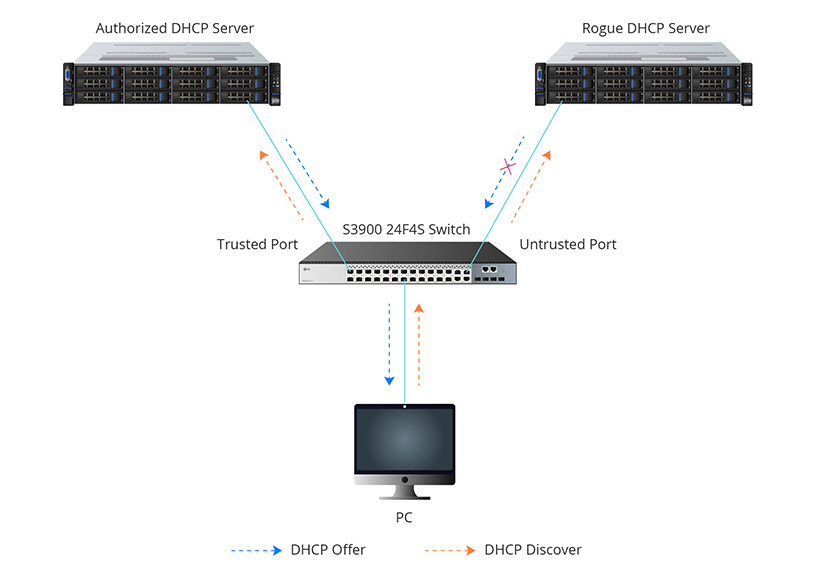 In the acknowledgment stage, a DHCP binding table will be created according to the DHCP ACK message. It writes down the MAC address of the host, the leased IP address, the lease time, the binding type, and the VLAN number and interface information associated with the host, as is shown in Figure 3. If the subsequent DHCP packet received from untrusted hosts fails to match with the information, it will be dropped.

DHCP spoofing occurs when an attacker attempts to respond to DHCP requests and trying to list itself (spoof) as the default gateway or DNS server, hence, initiating a man in the middle attack. With that, it is possible that they can intercept traffic from users before forwarding to the real gateway or perform DoS by flooding the real DHCP server with requests to choke IP address resources.

How to Enable DHCP snooping?

DHCP Snooping is only applicable to wired users. As an access layer security feature, it is mostly enabled on any switch containing access ports in a VLAN serviced by DHCP. When deploying DHCP Snooping, you need to set up the trusted ports (the ports through which legitimate DHCP server messages will flow) before enabling DHCP Snooping on the VLAN you wish to protect. This can be realized in both the CLI interface and also the Web GUI.

Though DHCP simplifies the IP addressing, it raises security concerns at the same time. To address the concerns, DHCP Snooping, one of the protection mechanisms can prevent the invalid DHCP addresses from the rogue DHCP server and can ward off the resource-exhausting attack that attempts to use up all existing DHCP addresses. FS S3900 series gigabit stackable managed switches can give full play to this feature to protect your network.

DHCP and DNS: What Are They, What’s Their Difference?